What is Thermal Expansion?

One day you're trying to open a pickle jar, but the lid is super tight and you just can't do it. You try using a rubber grip, but that doesn't work. You try hitting the jar lid on the counter to break the seal, but nothing happens. Finally, you try your grandma's favorite trick: you run the metal jar lid under hot water to heat it up. The jar opens easily. But why? The answer is thermal expansion.

Thermal expansion occurs when an object expands and becomes larger due to a change in the object's temperature. To understand how this happens, we need to think about what temperature actually is. Temperature is the average kinetic (or movement) energy of the molecules in a substance. A higher temperature means that the molecules are moving faster on average. If you heat up material, the molecules move faster and, as a result, they take up more space - they tend to move into areas that were previously empty. This causes the size of the object to increase.

So when you heat up the jar lid, the same thing happens - the jar lid expands. So does the glass, but metals expand more than glass. The gaps between the metal jar lid and the glass threads increase, so it becomes easier to open.

When aluminum casting and alloy are heated, generally speaking, the volume has to expand (that is, the geometric size has to extend), known as thermal expansion. The linear expansion coefficient is commonly used. For example, in the Aluminum Casting design of precision instruments and precision machine tools, in order to maintain their high accuracy, it is required to use the precision alloy with a very small linear expansion coefficient to manufacture. In the use of different metals made of a part, such as dissimilar metal welding, will consider whether their thermal expansion is close, otherwise, it will be due to the expansion of different parts deformation or damage. The property of a metal to conduct magnetism is usually called magnetism. 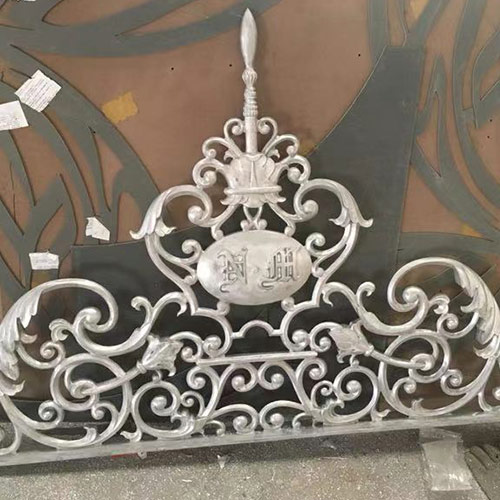 Such iron, nickel, cobalt and so on all have high magnetic conductivity (called magnetic metal), is the manufacture of motor and communication equipment in the indispensable materials. On the contrary, some of the aluminum castings by China Cast Aluminum Part suppliers in machinery are required to be non-magnetic, such as the guard ring on the motor. Metals in general conduct heat, or heat conductivity. When the metal parts are heated or cooled, due to the different temperatures (temperature difference) on the surface and inside of the parts, and thus the expansion is different, a kind of internal stress will be generated inside the metal. If the internal stress is greater than the strength of the metal, cracks will occur inside the metal.

The worse the heat conductivity of the metal, the greater the temperature difference between the inside and outside, correspondingly, the greater the internal stress, the metal parts in heating or cooling, it is easy to crack. In addition, good thermal conductivity parts easy to heat. Copper and aluminum alloys conduct heat well and are often used to make components such as radiators and heat exchangers.

Both aluminum castings and alloys conduct current, called conductivity. Silver conducts electricity best, followed by copper and aluminum, so copper and aluminum and their alloys are commonly used in industry as conducting structural materials. Alloys that do not conduct well (i.e. have a high resistance) are sometimes needed, such as those used to make parts such as heating elements.

Generally, metal parts are eroded by oxygen and water vapor in the air, and some equipment is corroded by acid and alkali. It can be seen that the corrosion resistance of aluminum casting refers to the ability of a metal to resist the erosion of various media. It is estimated that the annual loss of metal due to corrosion of aluminum castings in the industry is about 1% of the total production, which is a huge waste and loss.

Therefore, it is necessary to fight against corrosion and improve the corrosion resistance of the metal, which has practical economic significance for saving metal consumption and prolonging the service life of metal materials. Many equipments in modern industry, such as various industrial boilers, thermal processing machinery, steam turbines, jet engines, rockets, missiles, etc., have many parts that work at high temperatures. These parts of the material are required to have good oxidation resistance, or the surface will be quickly oxidation peeling and damaged. These parts must be made of heat-resistant material.

We are an aluminum casting parts supplier. If you are interested in our products, please contact us now!