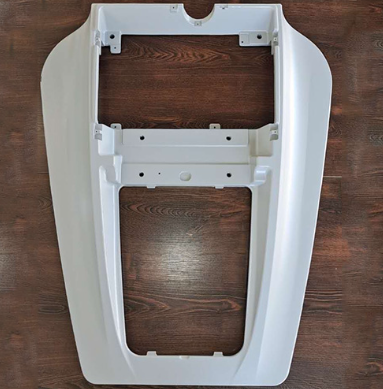 What is Metal Casting?

Metal casting is a modern process with ancient roots. In the metal casting process, metal shapes are formed by pouring molten metal into a mold cavity, where it is cooled and later extracted from the mold. Metal casting is arguably the earliest and most influential industrial process in history. It's used to make many of the metal objects used in our daily lives: automotive parts, train wheels, lamp posts, school bus pedals, and much more. Plus, metal casting foundries rely on metal recycling as a cost-efficient source of raw material, significantly reducing wasted scrap metal that might end up in landfills.

The History of Metal Casting

The oldest known metal casting is that of a copper frog, believed to have been produced in 3200 BCE in Mesopotamia when copper was a popularly used material. Later, around 2000 BCE, iron was discovered. But it was not until around 700 BCE that the first production of cast iron was developed in China. Interestingly enough, the sand molding process of casting metals was also invented in China in 645 BCE.

The crucible process, a technique used for producing fine or tool steel, appeared and disappeared in various locations around the globe since the early 1st millennium CE. The technique popped up in India and central Asia first, until it appeared in northern Europe around 800 CE, where it was used to make Viking swords. The technique didn't resurface until 1750 when Benjamin Huntsman reinvented it in England. Huntsman heated small pieces of carbon steel in a closed crucible, which is a ceramic pot with refractory properties that can withstand a high degree of heat. Huntsman achieved a temperature high enough to melt steel for the first time.

Over the past thousands of years, the casting of metals into usable objects has evolved to become more exact and automated, but the process at its core has essentially remained the same.

Today, nearly every mechanical device we use, from automobiles to washing machines are manufactured using metal parts that were created using the casting process. The difference between today's cast metal products and those that were manufactured even 100 years ago is the precision and tolerances that can be achieved through the computerized automated design process, and modern methods for producing the detailed cores and molds. Modern-day metal casting represents innovation at work.

Throughout the centuries, various combinations of raw materials have been developed to produce various metal types. Some cast products are used in engines that require a high tolerance for heat and cold. Cast iron pipes must resist corrosion and high pressures. Other cast parts must be lightweight but durable. In many applications, parts are designed to allow for precise tolerance between expansion and contraction.

Die casting requires two large, moving non-ferrous metal parts that clamp together under high-pressure. Molten metal is injected into the die and the metal parts are separated once hardened.

The process of investment casting begins with filling a mold with wax. Once the wax hardens, it is coated multiple times in a ceramic material. This is heated until the wax melts and the ceramic mold remains. The mold is filled with molten metal, cooled, and then the ceramic material is broken off.

We are an iron casting supplier. If you are interested in our products, please contact us now!

Previous: None
Next: The History of Metal Stamping
Latest News
Navagation
Contact Us