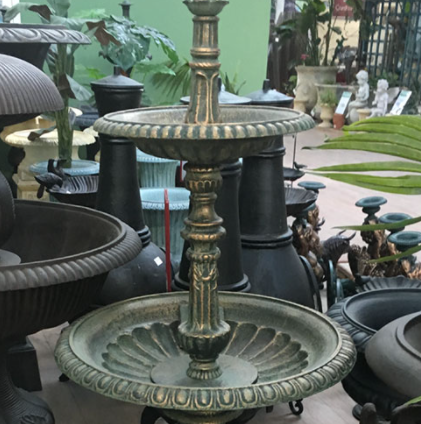 If the carbon in cast iron is partly in the form of carburized body and partly in the form of graphite, then the top of the fracture can see the white and gray parts mixed with each other. And the gray cast iron manufacturer usually calls this kind of pockmarked organization, which is the white-out organization, and sometimes it also appears in the transition part between the peripheral white-out and the central gray-out.

Why does white-out occur?

Before the eutectic reaction occurs, the iron is cooled to below the carburizing eutectic temperature. The process factors that cause a high cooling rate are as follows.

(1) The walls of the casting are relatively thin.

(2) The pouring temperature of gray cast iron manufacturers is too low, the role of the poor heating cavity before solidification, the temperature difference between the casting and the mold.

(3) the castings have a strong thermal conductivity.

2. The carbon content of cast iron is too low

Gray cast iron in the solidification process precipitation of the primary austenitic dendrites, the remaining eutectic composition of the liquid phase is not much, when the eutectic reaction occurs, the heat released is not enough to allow the temperature to rise above the carburizing body temperature.

We are an iron casting supplier, please feel free to contact us if you need them!

Previous: How to Restore Cast Iron to Good as New?
Next: Types and Pros of Aluminum Casting
Latest News
Navagation
Contact Us